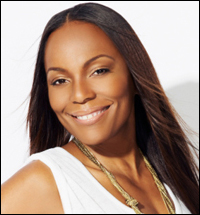 Jasmine Sanders is a rare find. In an entertainment world of superficiality and inflated egos, this beautiful diva with a mega watt smile is as down to earth as they come with talent that is simply undeniable. Once seen on a network that reached over 20 million households as Co-Host of Centric TV’s lifestyle show, “Culture List”, her voice now graces the airwaves in over 50 markets across the country with one of the Original Kings of Comedy and TV Superstar, D.L. Hughley. As Co-Host of the top ranked and Nationally Syndicated “The D.L Hughley Show”, Jasmine is a force to be reckoned with.

With over 15 years of media experience, including a highly rated Midday show at New York’s legendary WBLS, JASMINE has been consistently making a name for herself. This award-winning broadcast talent was Co-host of the formally nationally syndicated “Skip Murphy In The Afternoon” and “Afternoon Jam Session with Brian McKnight” as well as a staple on radio stations in major cities. Known for her infectious personality and her delightful candor to make even the most private celebrities feel comfortable, JASMINE has interviewed countless A-listers including Beyonce, John Legend, Shaquille O’Neal, Jamie Foxx, Laurence Fishburne, LeBron James and Steve Harvey just to name a few.

In her hometown of Nashville, she earned a Bachelor’s degree in Broadcast Journalism & Political Science. JASMINE has been featured as a music expert and pop-culture pundit for Billboard Magazine, WTFV/CBS News Channel 5 and WTVC/ABC News Channel 9.

In her free time, Jasmine enjoys speaking to and working with young women in an effort to give hope to those who have lost it and to encourage the belief that life truly is what you make it!